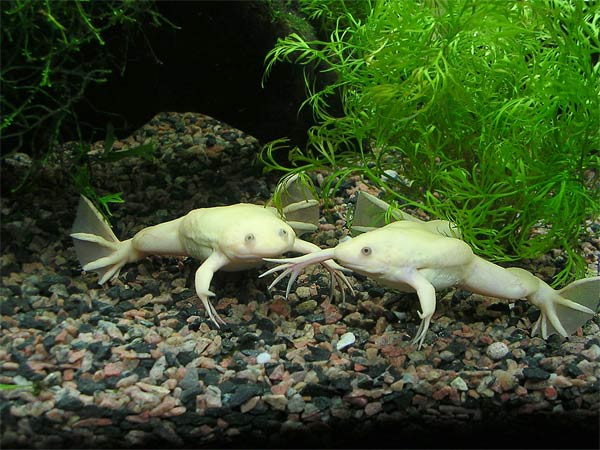 South African researchers made a surprising discovery in 1934. When they injected the urine of a pregnant woman into a frog it laid hundreds of eggs. This trick earned members of this frog species, Xenopus laevis, a ticket around the world. The frog pregnancy test quickly became a standard test used by medical doctors as well as organizations like Planned Parenthood. Free pregnancy tests will be performed in the Proteus Gowanus gallery on Friday, July 6th. We will also share some simple laboratory skills. Frogs will be given away—free to good homes who are ready to use knowledge of this Do-It-Yourself test. No permanent harm is done to the frogs in testing and they can be reused multiple times.

New York City pet stores sell Xenopus laevis frogs for cheap. In the 20th century this frog was widely used as a pregnancy test. Unbeknownst to anyone in this era, Xenopus can carry a deadly frog disease, the chytrid fungus. Shortly after Typhoid Mary spread disease among the people of New York, this frog started spreading chytrid around the world. Chytrid kills most frogs on contact and has already driven a number of species extinct in the wild. Right now about 3,900 amphibians, over half of all species known to science, are endangered. Help us discover if Xenopus is still spreading chytrid around New York City. Please visit your local pet shop and buy a frog! Sold under the common names of “Underwater Frog”, or “African Clawed Frog”, baby Xenopus are available for just a few dollars in stores in all five boroughs. Choose the color you’d like—white albinos and speckled brown frogs are both available. Write down the phone number and address of your local store and bring a frog along to the Proteus Gowanus gallery. We’ll test to see if your frog has the fungus, and show you how to treat your new friend if it is a carrier. We’ll also show you how to do the frog pregnancy test in the comfort of your own home. This crowd sourced research project will be part of an academic study. All participants are potential coauthors of a paper that will be submitted for publication.

All events are free and open to the public
Proteus Gowanus
543 Union Street, Brooklyn, NY 11215
http://proteusgowanus.org/