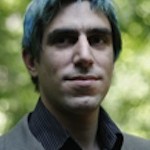 [2]
Distinguished Professor of Philosophy at the CUNY Graduate Center
http://subcortex.com/ [3]Jesse Prinz is Distinguished Professor of Philosophy at the City University of New York, Graduate Center.  His research focuses on the perceptual, emotional, and cultural foundations of human psychology.  He is author of Furnishing the Mind: Concepts and Their Perception Basis (MIT, 2002), Gut Reactions: A Perceptual Theory of Emotion (Oxford, 2004), The Emotional Construction of Morals (Oxford, 2007), The Conscious Brain (Oxford, 2012), and Beyond Human Nature (Penguin/Norton, 2012).  Another title, Works of Wonder: The Psychology and Ontology of Art is forthcoming.  Each of these books bring research in the cognitive sciences to bear on traditional philosophical questions.  Prinz’s work is a contemporary extension of the classical empiricist tradition in philosophy, which emphasizes experience and socialization, rather than innate knowledge and disembodied, amodal representations in thought. 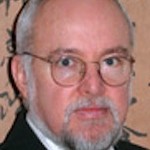 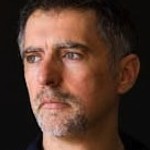 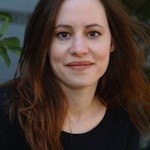 [6]
Professor of Sociology at the CUNY Graduate Center, Queens CollegeVictoria Pitts-Taylor is Professor of Sociology at Queens College and the Graduate Center, where she is also Director of the Center for the Study of Women and Society and Coordinator of the Women’s Studies Doctoral Certificate Program. She is author of two books, In the Flesh: the Cultural Politics of Body Modification and Surgery Junkies: Wellness and Pathology in Cosmetic Culture. She is Editor of The Cultural Encyclopedia of the Body, and co-Editor of the interdisciplinary journal Women’s Studies Quarterly. She is currently the Chair of the Section on the Body and Embodiment of the American Sociological Association. She is a past recipient of the American Sociological Association’s Advancement of the Discipline Award.

Michael Brownstein’s research focuses on spontaneous and unintentional action.  He works at the boundary between philosophy and psychology, and in recent years he has focused on integrating empirical research on implicit bias with philosophical theorizing about the architecture of the mind.  He has also worked on questions having to do with identity and responsibility for unintended action.  A third facet of his work examines the ethics of spontaneity.  How can we diminish our unwanted implicit attitudes and biases?  But also, are there times when our “mere” inclinations and impulses are good guides toward ethical action?
Brownstein has published on these topics, both as sole and co-author, in Noûs, Synthese, Mind and Language, Philosophical Studies, The Stanford Encyclopedia of Philosophy, Review of Philosophy and Psychology, and other journals.  He is co-editor with Jennifer Saul of a two-volume series, Implicit Bias and Philosophy, which was published in 2016 by Oxford University Press.  His monograph—The Implicit Mind—is also in contract with Oxford University Press.

Eric Mandelbaum’s main research interests lie in the philosophy of psychology and cognitive science. His work has focused on belief (acquisition, change, and storage) and issues in cognitive architecture (such as the structure of thought, the modularity of mind, and the mechanics of inference). Current research projects include explaining how current technology makes propaganda more effective, examining the role of one’s self-conception in belief change, understanding reasoning with contradictory beliefs, investigating to what extent phonetics encodes valenced properties, and exploring how much categorizing is accomplished solely by perceptual systems. Eric is an Associate Professor at Baruch College and the CUNY Graduate Center. Before coming to CUNY, he taught at Harvard, Yale, Oxford, and the University of North Carolina, Chapel Hill.

Lisa Manne has always been interested in how science is disseminated, and how much of science advances actually make it into the news.  In her normal life, she researches biological (particularly avian) responses toclimate change.

Emily Crandall is a PhD candidate in Political Science at the Graduate Center, with a certificate in Women’s Studies. Her interests lie at the intersection of feminist science studies and environmental political theory. Her dissertation examines places of resonance between these two fields of study in the context of increasing environmental precarity and contestation over science, including: how to understand the task of the theorist against the task of the scientist, and the various ways that neoliberalism and environmentalism as systems of thought treat concepts like nature, science, and freedom. Emily is a graduate fellow for the Center for Global Ethics and Politics, a graduate fellow for the Committee for the Study of Religion, and an adjunct instructor in Political Science at Hunter College. Her research is supported by a 2017-8 dissertation fellowship from the Committee for Interdisciplinary Science Studies.

Marzena Marzouk is a PhD candidate in Sociology at the City University of New York Graduate Center. Her research focuses on the history of nanomedicine. She is currently working on her dissertation titled “Cyberpunk Medicine: Cancer, High-tech Drugs, and the Spirit of Nanotechnology” and teaching Classical Social Theory and Current Social Theory at Hunter College.

Anna M. Schwartz is a doctoral candidate in the Developmental Psychology Training Program at The Graduate Center, CUNY. Her research interests include language development, cultural psychology, and experiential learning. Over her four years as an active member of the Graduate Student Teaching Association (GSTA), she has co-chaired a peer-mentorship program, three local conferences on the topic of pedagogy and educational research, and initiated a series of pedagogy workshops. During her term as Deputy Chair of the GSTA, she co-edited How We Teach Now: The GSTA Guide to Student-Centered Teaching (Society for the Teaching of Psychology, 2017). Her current research projects include designing an immersive, adaptive, online language-learning application for Syrian refugees living in Turkey, exploring the attitudes of graduate student teachers towards their teaching practice, trying to understand how and why people use self-images on social media, evaluating a digital tool for teaching computational thinking, and teasing apart the varied environmental factors that shape how people process news and other information as they make moral decisions.